The Forensic Science Center’s (FSC’s) approach to forensic analysis maximizes the information that can be obtained from sometimes extremely small samples of explosives residue, dust particles, hair strands, blood stains, radioactive isotopes, drugs, chemicals, and clothing fibers. For example, the minuscule amounts of oils remaining on fingerprints can reveal the general age of criminal suspects, their diet, and whether they smoke. Many forensic research projects have required FSC personnel to develop new analytical tools, forensic techniques for analyzing trace amounts of evidence, and unique sampling procedures—for instance, proteomic analysis techniques that promise to allow human identification from hair, skin, and bone. Several portable instruments have been developed for detailed analysis in the field. These tools provide important advantages when dealing with substances that may be unstable, perishable, or too toxic to bring back to the Laboratory.

Investigators use an assortment of forensic techniques to help identify the perpetrator or victim of a crime, but none is presently considered as reliable as DNA profiling. Only DNA analysis underwent rigorous scientific validation before entering into use by forensic scientists for law enforcement. Moreover, other forensic approaches, such as facial recognition and bite mark, hair, and fingerprint analysis, rely on a specialist to assess how well the evidence matches an image or records in a database, which introduces the risk of human error. A 2009 National Research Council assessment of forensic science detailed the weaknesses of these techniques and reported an urgent need for new science-based methods for human identification that complement DNA analysis. 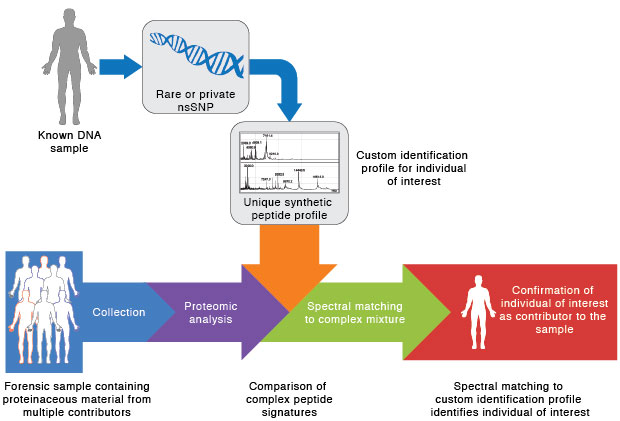 Using single amino acid polymorphisms (SAPs) that appear in less than 1 percent of the population, researchers may be able to uniquely identify individuals from complex biological mixtures. DNA from an individual of interest is sequenced to identify rare or potentially unique nonsynonymous single nucleotide polymorphisms (nsSNPs), which are then used to build a custom protein profile. Other collected samples can then be screened against the profile to determine if a match exists.

Proteins are chemically more robust than nuclear DNA and can be found in different tissue types, including hair, shed skin cells, bones, and teeth. In an important breakthrough for the forensic science community, FSC researchers have developed the first-ever biological identification method that exploits the information encoded in proteins of human hair. Read more about hair protein potential. 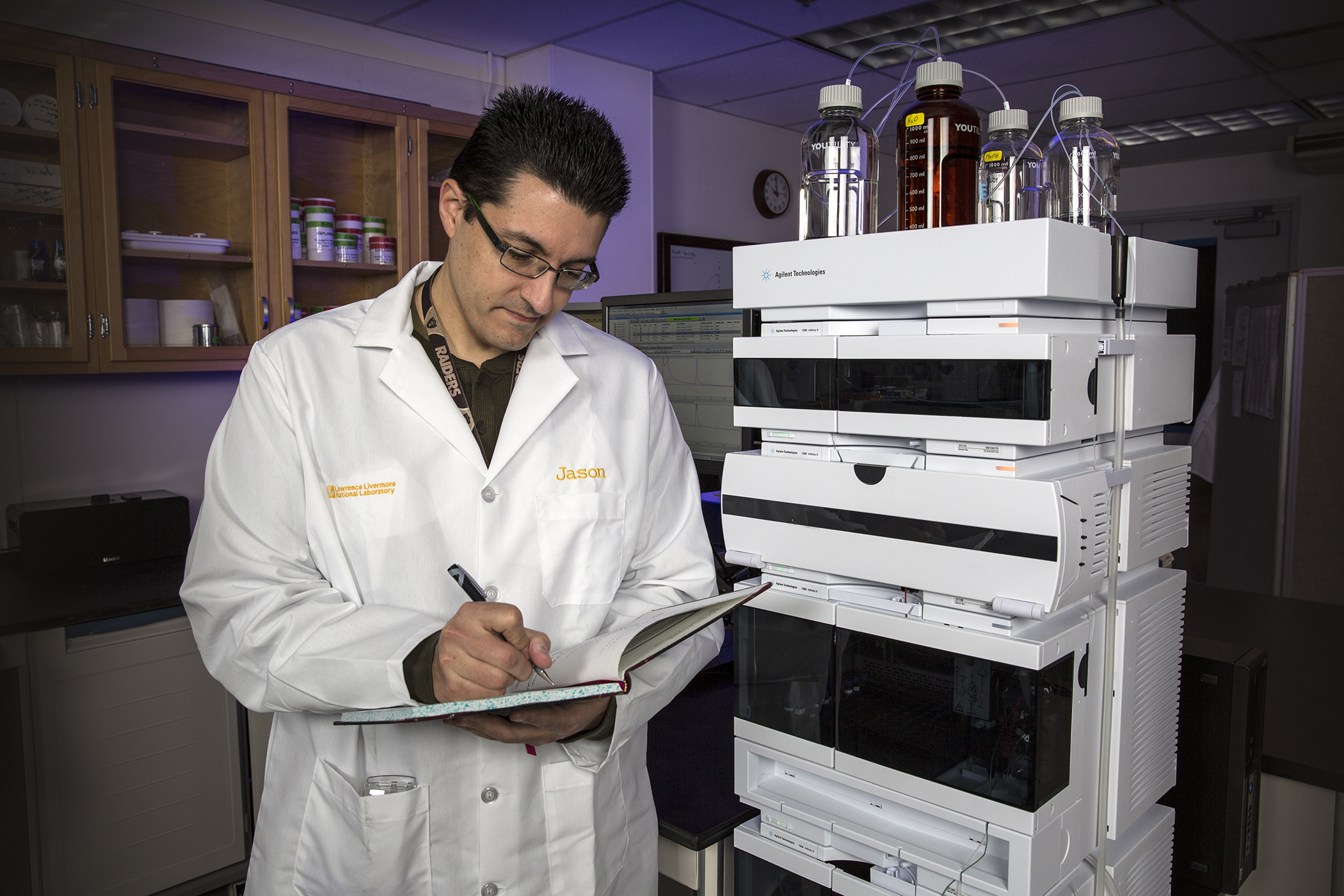